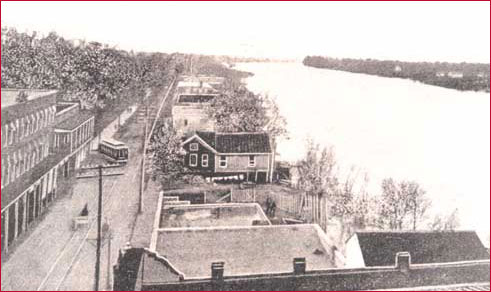 Monroe Transit has a long, rich history. In 1903, at the urging of Mayor A.A. Forsythe, the Monroe City Council voted to begin the first municipal railroad in the United States. The city awarded a $100,000 contract to the Westinghouse Electrical Co. in 1904 to build the city-owned street railway. Construction began in May of 1905 but was later delayed due to a Yellow Fever epidemic.

On June 11, 1906 Mayor Forsythe, city officials, and prominent Monroe residents made the first official run of the Monroe Municipal Street Railway. Revenue service on the four lines began June 15, 1906. By this time, West Seattle, WA had already begun the first municipally owned street railway, making Monroe the second in the U.S. to introduce this new model of public transportation.

The street railway continued to operate until 1938. Although many extensions were made to the railway throughout its operation, Monroe was expanding, making buses a more economical and practical option. The final streetcar ran down the Lee Avenue line on August 21, 1938 and the evolution of Monroe Transit as the modern transportation system we know today had officially begun. 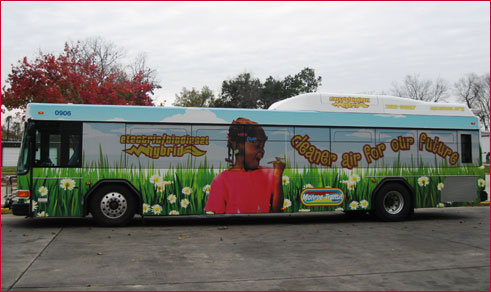 Over the past decade, Monroe Transit has claimed a leadership role in the green movement by utilizing greener technologies and cleaner fuel. There are 20 state-of-the-art buses in our fleet, all of which are fueled by an environmentally friendly biodiesel blend.

In 2009, Monroe Transit introduced the system's first hybrid bus, reflecting the city's pride in providing the community with the best transit system possible in a manner that protects our air quality in the future.

Monroe Transit strives to stay ahead of our rider's constantly evolving needs. In 2009, after 7 years of increased ridership (over 80% since 2002), Monroe Transit added three 40' low-floor buses to its state-of-the-art bus fleet. The new buses are larger than their predecessors, allowing for greater passenger occupancy, and offer the latest in styling and passenger comforts. Accessibility has been significantly improved by the elimination of the front staircase and the advantages of the new low-floor design are immediately recognizable. Passengers easily step aboard the bus and walk straight to their seats without climbing stairs. In addition, wheelchair lifts were replaced with a simple ramp that allows fast and easy loading and unloading of wheelchairs, while five security cameras provide enhanced passenger safety.

Monroe Transit has successfully increased ridership over 80% during the last decade. Because of this milestone, Monroe Transit was among ten transit systems nationwide to be honored in Washington, D.C. at the Federal Transit Administration's (FTA) 2008 Success in Enhancing Ridership Annual Awards Banquet.

2008 was the second year that the FTA has offered this award, which identifies best practices in the transit industry for increasing ridership. Recipients of the award are used as models for transit systems throughout the country. Over 800 transit systems were eligible in the country. Within the small urban category, those systems serving areas of populations between 50,000 and 200,000, Monroe Transit was among the three systems selected for the distinction.