How Your City Government Works

"What happens at City Hall probably affects you more than what is done at any other level of government. Unfortunately, few people are aware of how city government works."

The Monroe City Council meets the second and fourth Tuesday's of each month at 6:00 PM in the Council Chambers at City Hall, located at 400 Lea Joyner Memorial Expressway, Monroe, Louisiana 71210. The agenda for each meeting is posted at City Hall and is available for review the Thursday prior to the Tuesday council meeting. City Council can only take action on items on the scheduled agenda; an item can be added to the agenda by a unanimous vote of the members present. The City Council welcomes participation at Council Meetings. Members of the public may address the Council on any item of interest to the public that is scheduled on the Agenda as it comes up for discussion.

The City Council (also referred to as the governing body) acts as the legislative branch of city government. Matters considered by the council take the form of ordinances, resolutions, contracts and leases etc. Approval of items requires majority support (i.e. three out of five council members must support the request to be approved).

There is a portion of the council meeting devoted to public comment. This is an opportunity for the members of the public to address the City Council on any matter within the City Council's jurisdiction that is not listed on the Agenda. Please note that the Citizens Participation portion of the council meeting is not a forum for debate, but is simply an opportunity for interested persons to speak on any matter or issue relating to city government.

An Ordinance is an act by the Council having the force of law; an act requiring an Ordinance shall include but not be limited to those which:

All general ordinances shall be codified in accordance with Article VI, Section 10 of the constitution.

Acts other than those referred to above may be done either by ordinance or by resolution. Except as otherwise provided by this charter, all ordinances and resolutions shall be passed by the favorable vote of at least a majority of the authorized membership of the council.

All proposed ordinances shall be introduced in writing and in the form required for adoption and, except for codifications and the operating budget and capital improvement program, shall be confined to one subject expressed clearly in the title.

All proposed ordinances shall be read by title when introduced and published in full or by title prior to final consideration. Except as otherwise provided in Section 2-14 (Emergency Ordinances), no ordinance shall be considered for final passage until it has laid over at least seven (7) days from date of publication and a public hearing has been held on the ordinance.

Upon enactment all ordinances shall be published in full in the official journal by the clerk of the council as soon as practical thereafter provided, however, that ordinances adopting codes of technical regulations or adopting or amending the operating budget or capital improvement program may be published in full or in summary at the council's discretion. Every enacted ordinance, unless it shall specify another date, shall become effective at expiration of ten (10) days after publication by the council.

(For further information on the above subjects see City Charter.) 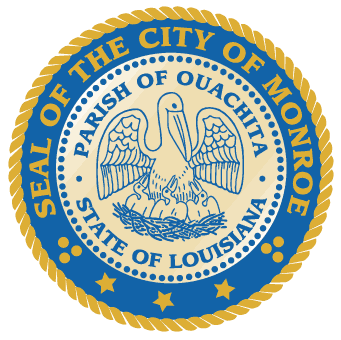