"The Monroe Fire Department has achieved the Class 1 rating with the Property Insurance Association of Louisiana, one of only a few departments nationwide to achieve such a rating. This rating is based upon equipment, planning, training, communication, and water supply."

The department operates ten stations, with some housing multiple companies and crews, dispersed strategically throughout the city. Each station, except the ARFF station, is anchored by a fire "pumper" or engine company that is the main firefighting unit at a structure fire.

Each engine company brings 500 gallons of water to the fire, which is used to supply the initial fire attack until a mass water supply can be obtained by a connection to a fire hydrant. Also on the engine are two or three sections of 200 feet of fire attack line hose, usually 1 3/4 inches wide with a variable pattern nozzle. This is taken into the structure by the fire attack team to extinguish the fire. Each engine company is also equipped with 1000 feet of four-inch wide supply line hose, which connects to the hydrant and brings water from the hydrant to the water intake on the engine's pump. 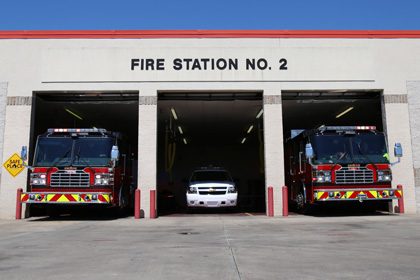 Each engine also brings a compliment of ground ladders. Each engine is operated by three or four persons, led by a Company Officer (Fire Captain), driven and operated by a Lieutenant (Fire Driver), and manned by one or two Privates.

The department also operates five aerial ladder companies. They are housed at stations one, three, four, five, and seven. The aerials at stations three and seven are "quints," giving them the capability to connect to a hydrant, pump water, supply attack lines, and supply the aerial nozzle independent of any other apparatus.  The aerial at station four is a platform, giving it the same capabilities as the “quints”, but it also has a platform that can be used for different types of rescue.

Also at station two is the EMS Supervisor / Safety Officer unit. This unit is operated by a Fire Captain who is also certified and able to operate as a Paramedic. He or she is responsible for supervising the safe operations at an incident, as well as overseeing the quality of patient care and all responders at an EMS or rescue incident.

The ten stations are divided into three districts of three or four stations each. Each district is supervised by a District Chief, labeled Districts 1, 2, and 3. The District Chief supervises the daily operation of each of the stations in his or her district, oversees the Company Officers at the stations, initiates and conducts training drills and district meetings, and functions as Incident Commander at most structure fires. The three District Chiefs are supervised by the shift Deputy Chief, which is also responsible for personnel scheduling, public relation events, and working with the Fire Chief as needed. 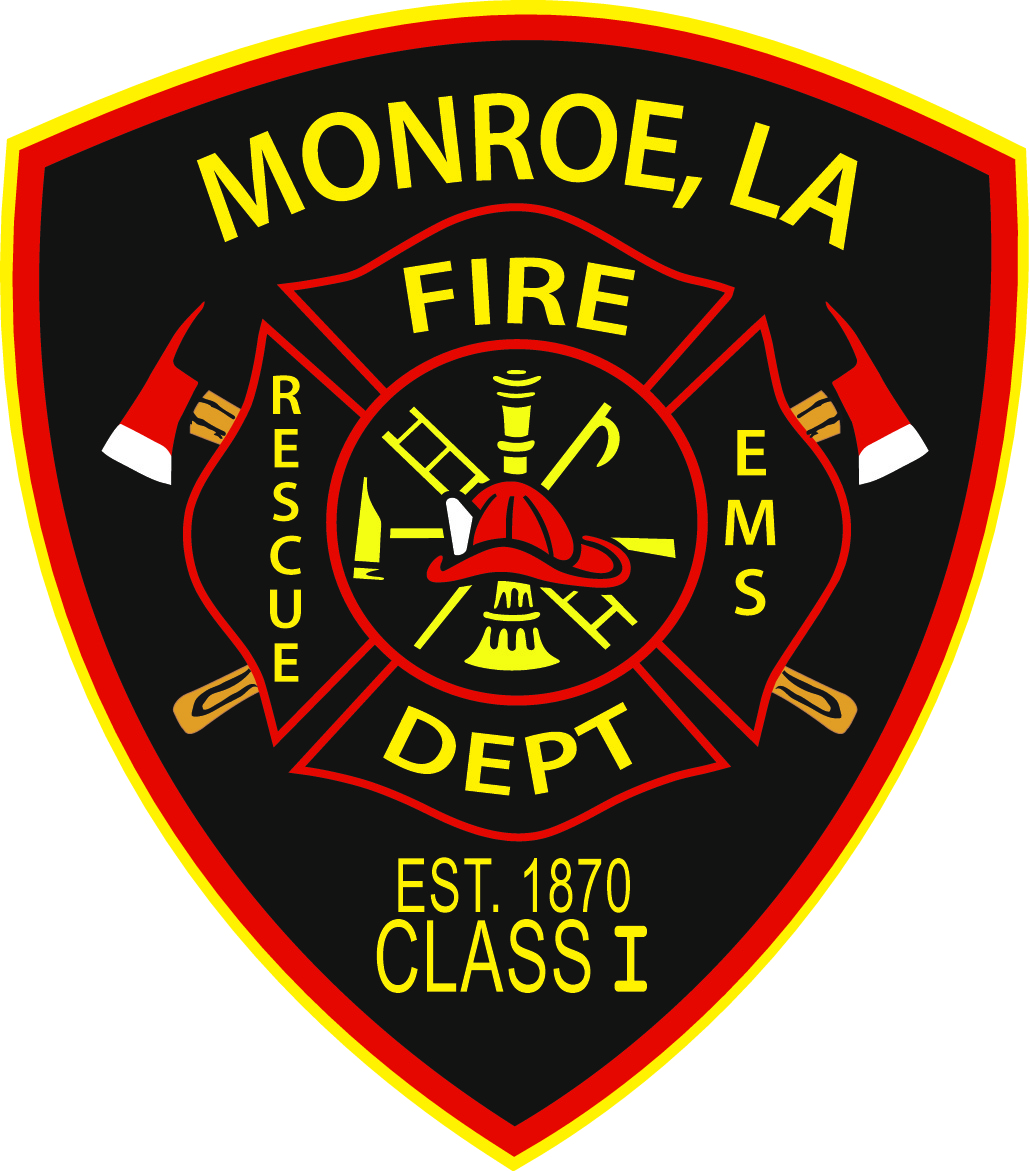 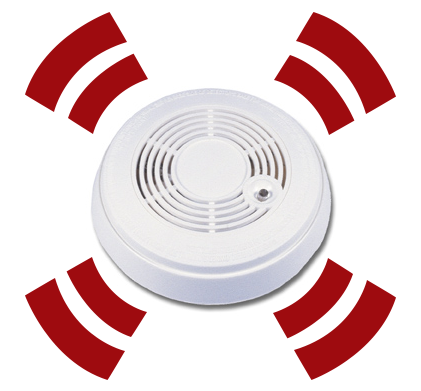 The Monroe Fire Department offers "FREE" smoke alarms with installation to all City of Monroe residents. If you would like a smoke alarm installed in your home, contact our office at (318) 329-2437 or (318) 329-2475 to be scheduled for installation.

How to Report a Fire

To report a fire or other emergency in the City of Monroe, dial 911.

If it is a fire, rescue, or other fire-related emergency, you may direct dial the Monroe Fire Department's direct emergency line at 318-322-5151.